I am a sucker of well-made entertaining cinema, and to the average urban Indian nothing entertains more than the #BigFatIndianWedding or all the hullabaloo that goes on around it! Hindi cinema has used this theme of opulent and colorful Indian weddings to the fullest to rake in moolah and deliver huge commercial successes in milestone hits like ‘Dilwale Dulhania Le Jayenge’ or ‘Hum Aapke Hain Kaun’ (and a host of other Barjatya films)! We have also seen some wonderful entertainment dished out our way in the backdrop of an Indian wedding with an ‘English Vinglish’ or ‘Yeh Jawaani Hain Diwani’ or even ‘2 States’, but these films had a stronger ongoing core theme overshadowing the wedding plot!

So just when the ‘shaadi ka season’ is kicking in around most parts of India, it just felt like a good time to go back to 3 films that had the theme of an Indian wedding running all through the film, and yet were very different from each other! The only commonality between them? They are all well-made films, thoroughly entertaining, and have lived on well beyond the years they were made!

Meera Nair brought together an outstanding ensemble of very strong performers sixteen years ago, to create her own unadulterated version of full on exuberant ‘bollywood’ entertainment! It was time for the Vermas to wed off their darling daughter in the true extravagant Punjabi fashion, but this central façade of festivities did not deter the larger circus going on within the family to reveal itself in full glory – whether it was the hollow and yet endearing world of show-off of Lalit and Pimmi Verma (Naseeruddin Shah and Lillete Dubey), or the still-can’t-let-it-go feelings of the would be bride Aditi (Vasundhara Das) for her much married boss Vikram (Sameer Arya), the classy elegance of the NRI groom and his parents (Pravin Dabas with Roshan Seth and Soni Razdan), the crankiness of elder uncles in Chaddhas (Kulbhushan Kharbanda and Kamini Khanna), the dark devastating secret of child abuse that Aditi’s elder cousin Ria (Shefali Shah) exposes off the family patriarch (Rajat Kapoor), or whether it was the most entertaining track of a quirky and yet an utterly sweet take on romance between the event planner Dubey and the house help Alice (Vijay Raaz and Tilottama Shome)! It was a complete potboiler entertainer and yet did not compromise on the cinematic aesthetics for a moment! Vijay Raaz, Tilottama Shome and Shefali Shah were show-stealers even in their limited roles, while Naseeruddin and Lillete brilliantly held the completely crazy lot together like the perfect party hosts! Ultimately, it was Nair’s victory though who brought in her finesse and experience of meaningful cinema and seeped it within the bright, colorful canvas of an over the top and yet restrained musical! With #MonsoonWedding, she created this happy film that celebrates the diversity of human aspirations and fallacies in its full glory! It is clearly my pick as the quintessential Indian wedding drama – one that makes you dance to ‘Kaava kaava kaava aaj mera ji karda’ at any time in any mood!

Debutant director Maneesh Sharma takes us behind the scenes of the ‘binness’ of lavish, extravagant marriages with wedding planners Shruti Kakkad and Bittu Sharma and their journey of ‘Shaadi Mubarak’! It may have been the tale of opposites fight and eventually attract, but the freshness with which Sharma presents the ups and downs that this charming couple goes through, makes it such a warm entertainer! Delhi, its by-lanes and the real people that live there, is presented as a full-blown character and adds a lot of authenticity to the overall texture of the film! The initial banter of Shruti and Bittu is particularly spunky and enjoyable on how they set out to achieve their goals with certain promises of not mixing personal professional relationships, and what happens along the way when they deviate from those goals in both the spaces, and have their own journeys of self-denial and realization. Had Sharma not stretched out the end, this journey would have become so much more impactful! Ranveer Singh was pitched perfectly as the typical Delhi boy and nails Bittu Sharma in his unpolished and confident best like no one else! Looking back, it was good thing that Ranbir Kapoor refused this role, and hence Singh made his golden debut as his replacement. Anushka Sharma also essentially got noticed brightly with this film after her lackluster stint in her earlier films and made a perfect casting for the ambitious and yet honest Shruti Kakkad. With some pretty sharp writing, and foot tapping music from Salim Suleiman to go with it, #BandBaajaBaraat was the breezy watch as the unassumingly charming and surprisingly fresh entertainer from the Yash Raj camp!

Nearly twenty years after a generation got wooed by the iconic love story of Raj and Simran, Shashank Khaitan essentially revisits DDLJ, but with his own refreshing take of the same with this Alia Bhatt & Varun Dhawan starrer! The overall context with which the film starts is far from real, but it’s the earnest performances of the cast and overall presentation that makes it a harmless and fun watch all along! Khaitan stays away from trying too hard to reinvent the wheel, but his treatment does not become too formulaic or aspirational, and hence retains its captivating texture. We always know what is going to happen, but still do not get bored. Ashutosh Rana is particularly solid amidst a pretty believable supporting cast as are Humpty’s cute friends Poplu and Shonti, Alia Bhatt is effectively pleasing as the bubbly Kavya who discovers her own self along the way; but it is Varun Dhawan who shines the brightest as the sweet, rough, and sincere Humpty who knows that he is far from perfect, but does not shy away from that realization! It is this earnest charm of his that wins everyone over eventually including his dulhania! It was rather disappointing then that Khaitan and the same lead pair could not take forward this happy charm in the second film of the franchise which ended up being rather cringe worthy in its entire approach! And maybe just maybe, it is the endearing and the fresh treatment of #HumptySharmaKiDulhania that still leaves that flickering hope that Khaitan may still not completely butcher Sairat in his remake! 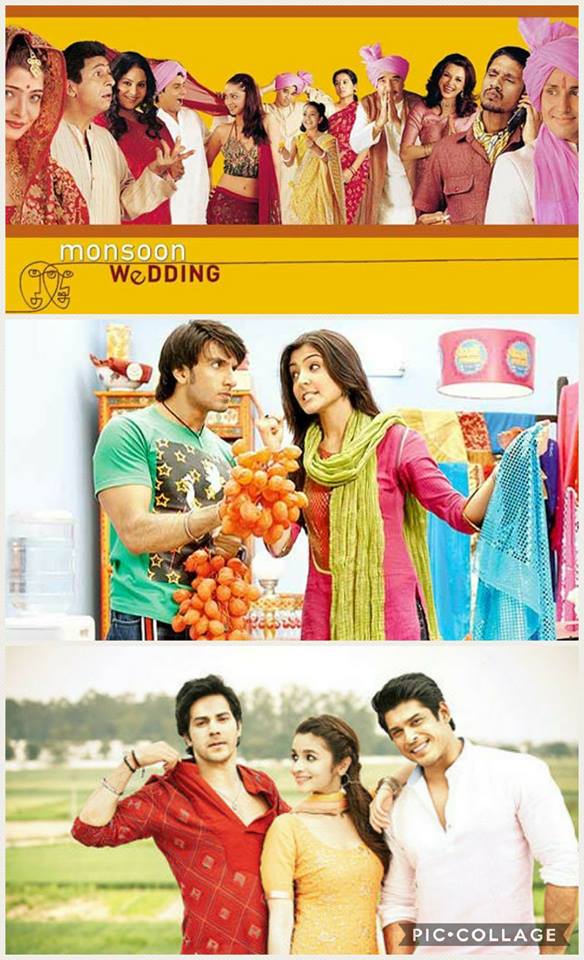