Some very good performances in Mayurakshi get lost in wilderness due to an almost non existent script! Prosenjit shines in all his scenes, Indrani Haldar is a breath of fresh air in an otherwise brooding film; and though Soumitro gets his body language pretty accurate for the old solitary man, his dialog delivery is a struggle these days!

Eventually it all turns to be a pretty forgettable act because of its painfully sluggish pace and flat screenplay. Not the kind of film one would like to close 2017’s movie watching @ theaters with! Sigh! 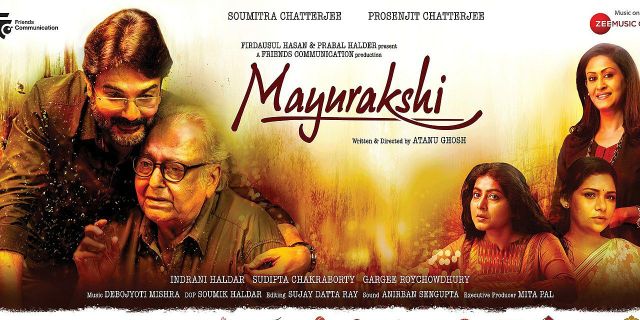