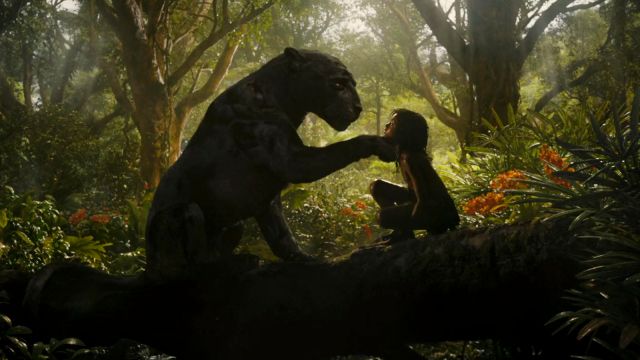 Andy Serkis must have had a vision when he decided to make yet another film on the Rudyard Kipling classic The Jungle Book. Yes, he wants to stay closest to the original story written, and he wants to recreate a dark and disturbing world around the characters many of us have grown up loving, but in the process he loses the essence of the film completely. There is hardly anything legendary about Mowgli – Legend of the the Jungle. Rather it comes across as trying too hard to be savage and fierce, with a lot of gimmick in its presentation, but completely loses out on the enigma of the jungle and the atmosphere that sucks you in to its world.

Comparisons to Jon Favreau‘s wonderful take on the same story from a couple of years back are inevitable, and although it was a much more happier, child friendly version of the epic, it still got the eeriness much more captivating, and the story telling far more effective.

The ferocity of the tale of the jungle book can start speaking to you only when it has established the empathy quotient right between Mowgli the human child with at least the primary characters like Bagheera and Balloo, but Serkis does not want to invest time in building that empathy at all. As such, he has never really gotten you fully involved into what comes next, and that haphazard screen play just plays along. The cinematic tropes used are also full of cliches and further add to the disappointment. I cringed at the typical ‘Indian village’ where Mowgli was sent for being sanitized. Even the digital imaging and effects of this film stand weaker than Favreau’s film. Yes, some of the casting and performances are effective. Christian Bale as Bagheera and Cate Blanchett as Kaa stood out for me, with Bale especially being totally on point. Benedict Cumberbatch as Sher Khan and Andy Serkis himself as Balloo paled out in comparison. Rohan Chand breaks no new ground as Mowgli as well, and in a lot of scenes is found rather out of depth. The rest of the cast offer nothing eye catching too.

When a film aspires to be real, gritty, dark and relevant to deal with important issues of identity, civilization, humanity amongst other things, one usually does not associate dull with the final outcome. Serkis’s film does the unthinkable – disappointing!