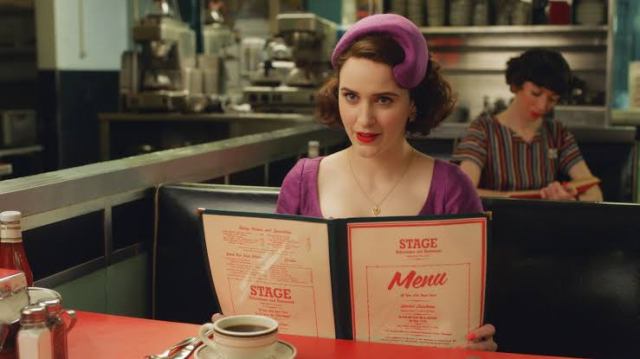 “Comedy is often fueled by disappointment and humiliation. Now who the hell does that describe more than women?” – Says the truly marvelous Mrs Maisel in one of her stand up acts. This one statement, apparently funny, is just one of the many strong messages that this fantastic show subtly delivers through sharp satirical humor! The journey had started with the wonderful Season 1 itself, but The Marvelous Mrs Maisel Season 2 ups its game even more this time, just like the acts of Miriam ‘Midge’ Maisel have become wittier, bolder, and increasingly fierce this season. And its not just the sharpness of the satire or the pungent comedy that Amy Sherman-Palladino has improved this time around, Season 2 appears far more holistic because she invests in better writing for wholesome coverage of drama, and there are all-round moments of joy, pain, heartbreak, ecstasy, surprise and frustration all throughout the show.

Yes, this holistic and crisp drama is built around the principal characters Midge and Susie Myerson, but also takes along a lot of important characters surrounding their lives. Some of the best laugh out moments of drama are in fact delivered when Midge is not on stage, and there is everyday dry straight face humor served either by Susie’s persistent and all-out efforts to get Midge her gigs, or by Abe Weissman, Midge’s nerdy father trying, well all his nerdiness! And there are moments of occasional poignant wisdom as well when Midge tries to have a one off conversation around fame and artistic expressions with a famous painter, or Susie shares a tender moment of bonding with her sister who is struggling with her own unhappiness. We also get to see the moments of buried frustration with Rose Weissman (Midge’s mom), who merely seemed to live in a superficial luxurious world so far, but who also is in constant search of an identity of her own. We see how her husband also wants to rise above the delusions and hypocrisy surrounding his work, and lands up with the realisation that he has distracted far off from his ideals of life, running for materialistic pleasures and intellectual gratification. And then we see Joel Maisel being deeply resentful of the decision to walk away from Midge an year back, and still being deeply caring about her and their kids, but never trying to impose their getting back together on her. In the process, he is also in search for an independent footing for himself. 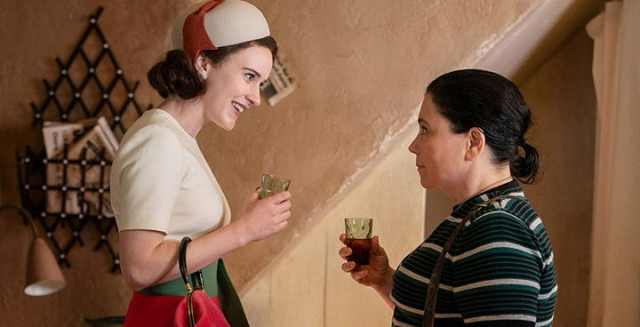 And in the middle of all these subtracks, we still see Midge’s and Susie’s struggling journey to break through the comedy career taking its deserving centerstage. We get face to face with the rampant sexism that a woman faces to find her foot into an aspiring career (and mind you not just comedy, but the show also sarcastically questions the purpose of women getting college education because after all there are no women teachers or artists!). We get frustrated along with Midge and Susie because together they are getting pushed to the worst of clubs, the worst of slots, and are subjected to the worst of ridicules from the organisers. Through them, we look at the deep rooted stereotypes around expected behaviours from women, whether its about spending a lot of their vacation times in salons, or about family shame of seeing their daughter leading indecent comic acts on stage. We are even told that observational humor around pregnancy is supposed to be more vulgar than all the unabashed jokes around sex or human genitals! The excellent writing keeps exposing the double standards of life and showbiz, contrasting the expected behaviours of high class Midge with her cheesy stand up acts garnished with a lot of colourful vocabulary, and we realise the strength of such writing as it remains fresh and relevant all the time. The writing also scores by breaking the monotony of a standard upclass New York City setting, by moving part of the drama initially to Paris and then to the Catskills vacational resort and all its ridiculousness. And then it introduces multiple men in Midge’s life in the form of Dr. Benjamin or comedian Lenny Bruce and her interesting exchanges and possibilities with them. All of it adds more colour, perspective and variation to the overall drama and takes it out of the bright living rooms of the Weissmans or the dimly lit alleys of Gaslight Cafe to wider avenues.

But beyond all of this, the marvel of Mrs Maisel still works so well because of the fantastic performances. Rachel Brosnahan is a complete delight on screen as the ever charming and wonderfully spunky Mrs Maisel. Her expressions on stage during her acts can be a handbook on stage presence and confidence (Tits up, lady!), but she roars when she is off screen in her seemingly natural ways of life trying to contemplate the price of ‘Being Alone’ that she will have to pay to pursue her dreams, or trying to be a respectful wife in her husband’s relationship with the children. She flies not just in her scenes with Susie, or at work, but also with her family, her ex, her mother and especially her father.

Tony Shalhoub or Midge’s dad Abe is in equally good form again, and though his character might not be as flashy as the others around him, he wins purely based on his grounded straight face performance delivering some of the best moments of the season. His confrontation sequence with the daughter on finding her truth, or his heartbreak of feeling deserted by the son stands out. Michael Zegen is highly effective as Joel Maisel, the reserved and resentful husband and the perplexed son of the Maisels and their eccentricity. Marin Hinkle doesn’t miss a beat either in her perfected looks or her act as Rose Weissman, and Zachary Levi adds the welcome spice and charm of a romantic but somewhat weird Dr. Benjamin Ettenberg who is desperate to get Midge’s hand for a marriage and has her parents’ approval.

But in spite of her not having the titular character, Alex Borstein as the whimsically adorable Susie Myerson is the real show stealer of the show for yet another season. She is spectacular and you have to just look at her face for the colorful canvas of emotions at display there. She is a brilliant example that one doesn’t need to be physically loud or pushy to generate real humor. Rather you just need to focus on calibrated and refined but hilariously funny facial expressions or eye movements to own every frame you are in! She very deservingly gets killer lines in a majority of scenes and she hits each one of them out of the park. No wonder everyone wants her on their team. Simply brilliant!

A minor gripe – the final episode of the 10 part season 2 did appear slightly out of place for me in tonality, and kind of felt lost in how they wanted to season to end. While they didn’t do a terrific job with that, they set up the context for Season 3 wonderfully. Will Midge choose to take up her 6 month pan European and US tour and fly with her ambitions and pay the heavy price on personal front? Will Benjamin even be relevant anymore or will Joel be the wind beneath her wings? Will he use the funds he inherited to set up a comic club for artists like Midge? What happens to their marriage? What happens to the marriage of Weissmans? Will it survive the hardships of Abe’s decisions to go back to his roots? Everything seems to be in a flux where Amy leaves us hanging and tremendously increases the curiosity around Season 3.

Mrs Maisel – we are waiting! Thank you and Good Night!