Ek ladki ko dekha to aisa laga – While I am not a fan of the fact that the film tries to cash in to the nostalgia of a beautiful song to ring the initial bells, but I think the trailer of the film has come out quite nice!

There seems to be a good brave attempt to tell a homosexual love story on a large commercial scale, and I hope it is treated with the right amount of sensitivity. Casting the father daughter pair for such a strong subject is a good thought, and I hope the daughter does not pull down the energy of the charismatic father in any way. Kudos to Sonam Kapoor though to walk in to a role like this and giving the very relevant topic the right backing of an A-lister!

Rajkummar Rao is looking good, excited to watch Juhi on screen after long, and am sure Seema Pahwa and Brijendra Kala will light up all the scenes they appear in.

What lighted up the trailer for me though was this frame. The man and his eyes and the heartfelt image of vulnerability. 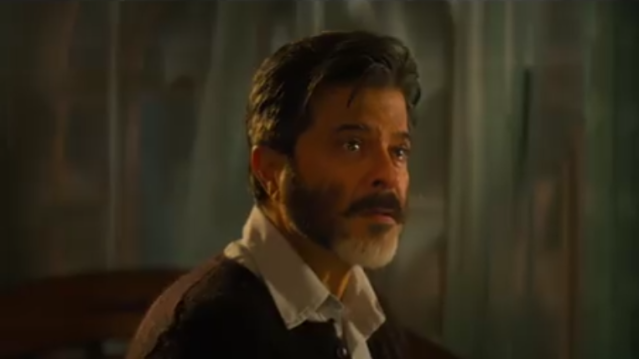 We have to check out how the film will be, but the trailer is decent enough to push me to the theatres.

ELKDTAL releases on February 1st and is directed by Shelly Chopra Dhar.