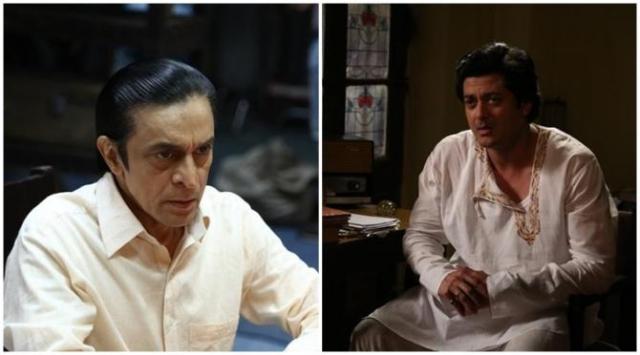 Mahisasura Mardini is a benchmark in the world of radio programming. To this date, it is the longest running radio programme in the history of world radio. The reverberating voice of legendary Birendra Krishna Bhadra chanting the stotras to the tunes of Pankaj Kumar Mallick is a 4 AM ritual at every bengali household on the Mahalaya morning to date. Its immense popularity, or the pride and nostalgia associated with it has not come down one bit right from 1930s. And why should it? The magic of Bhadra’s voice and the masterful composition of Mallick has its own divine aura to mark the beginning of Devi Pakshya and enliven the spirit of every Bengali with ‘Pujo eshe gechhe‘.

And yet in 1976 or an year before that, it was suddenly decided to shelve this immensely popular programme, and commercialize it with the glamour of the reigning megastar of Bengal, Uttam Kumar, and get a host of ‘Bombay artists‘ with names like Lata-Asha sister duo and Manna Dey involved to revamp the programme under the orchestration of Hemanta Mukherjee. The new programme will be called ‘Debi Durgati Harini‘ it was decided. History knows today, how poorly that decision got backfired, and how the revamped modernized programme that aired in 1976 was rejected by all in spite of all its star power, because it lacked the most important aspect associated with Mahalaya – the divine soul. 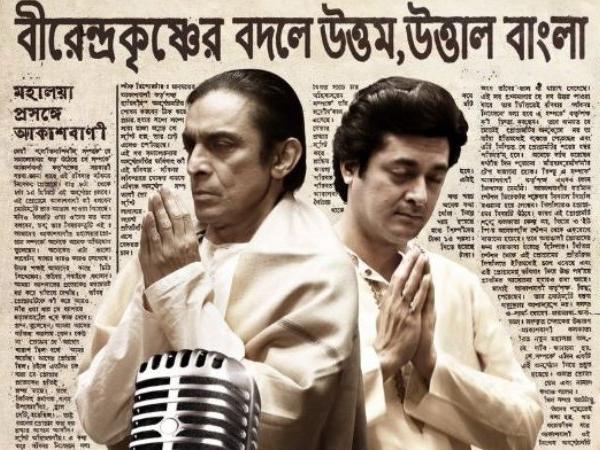 Soumik Sen‘s new film Mahalaya is a brave attempt to recreate the era and narrate this part of history in a loud and unapologetic voice. It was the times of the emergency, and hence people with political clout used all their power to curb artistic freedom and enforce decisions like revamping the Mahalaya programme with very little familiarity of the sentiments on the ground. Progressive thoughts against age old traditional beliefs  – the jibe taken on the often rebuked conservative thinking of the intellectual Bengali, or the interference of politics and power from their detached self centered worlds, or fringe religious goons trying to silence and sideline true artists on the basis of a caste or a religion card, or dealing with the insecurities, manipulations and behavioral issues of legendary artists like Hemanta Mukherjee (though he is never clearly named) or Kishore Kumar – Sen’s film does not deal with any of these with soft gloves and is ready to ruffle the dirty territory in a clear distinctive voice. In spite of the dialogues going a tad theatrical at times, they remain effective for the times they come in – after all they are reminiscent of a part of history where everything was over the top and every reaction more dramatic than required. It takes a bit of time to get adjusted to the high pitch tone, but once done Tanmay Mukherjee‘s dialogues definitely resonate and touch the raw emotional chords at many places with its honest tonality. In fact, they become one of the strongest points of the film on the whole. 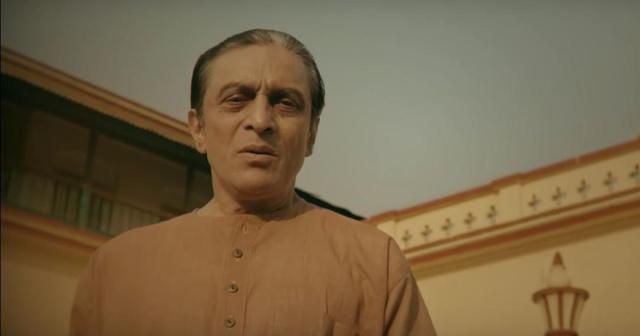 At the center of the story is how the two legends – Birendra Krishna Bhadra and Uttam Kumar get pitted against each other by the turn of events, though personally they remain tremendous admirers and well wishers of each other. Subhashish Mukherjee playing the legendary Bhadra is in excellent form – he looks like the icon like we know him from history, brings in the reverberation and power of his voice even in the overall dialogue delivery and displays great restraint to portray the deeply hurt but tremendously graceful artist that he was. There couldn’t have been a better choice to play Bhadra. Jisshu Sengupta had the biggest challenge in front of him since he was playing the iconic Uttam Kumar, and one can possibly spot Sen’s tentativeness to introduce him as well through some strange angles for a while. But one has to give to Jisshu as he infuses the character with an endearing charm without trying to copy all mannerisms of the legend verbatim to mimick him. Soumik Sen is interested in portraying a very self aware megastar in his story, who knows from the word go that his star power is no match to a voice that has become a benchmark for generations. So the cine icon introspects at every instance, tries to raise every alarm not to get there, and amidst all the instant euphoria around him is the first one to question ‘Pujo elo ki?‘. Our generation would never know how much of this has been glorified, but Jisshu’s body language to depict the impeccable swagger of the biggest matinee idol and yet humanize him with all his internal struggles is spot on. 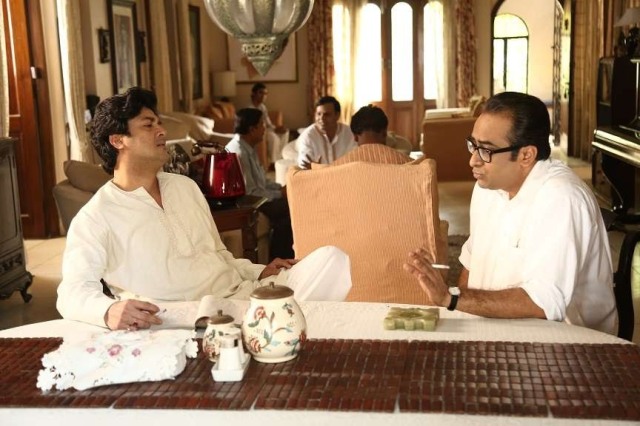 In other key roles, Saptarshi Ray effectively portrays the grey shades of Bor-da (as Hemanta Mukherjee is constantly referred to in the film) with the required restraint, while Subhomoy Chatterjee does get a tad theatrical while playing Pankaj Mallick in his traditionalism in contrast. Prosenjit Chatterjee, who has also driven the film with financial muscle power along with NIdea Creations, himself picks up to play the bad man of the film. Now, his hindi accent as well as some typical mannerisms hurt, while he displays a flair with the put on native english accent; but Chatterjee the producer deserves far more credit for backing this film than his performance here – Thank You. Kanchan Mallick and Rana Basu Thakur become the voices of people caught between passion and profession as inconsequential stooges, and deliver some key messages of the film even though they are asked to remain high pitch at some places to hammer them down. Jayant Kriplani is too loud and caricaturish to create any impression. The rest of the cast is fairly forgettable, and add to mere noise around the central characters.

I wish Sen had taken care of the overall tonality of the film to mellow it down. It has been done effectively with the overall cinematography with the entire film shot in sepia to recreate the nostalgic era, but the same needed to be uniformly true for other areas as well. Some portions of the film could have been easily avoided. There was no need to show the few seconds of Tagore – there is too much of sentimentality associated with that one name, and you can see from a distance that you have not got it right. One didn’t need to get a voice on the phone to yodel to ascertain that it was Kishore Kumar, the conversation was enough. The few scenes of Bhadra’s family were avoidable especially since one picked up such novice actors to play them. Rather, insertion of real footage and news clippings at many places was done well to add authenticity to the proceedings. It would have been nice to see more of the important tidbits like Bhadra himself chanting at the cremation of Uttam Kumar to play out more prominently. It would also have been nice to actually play parts of the Mahalaya radio programme recording in Uttam Kumar’s voice for some more reel time to build up the nostalgia and the conflict, since the entire film anyway centers around that. 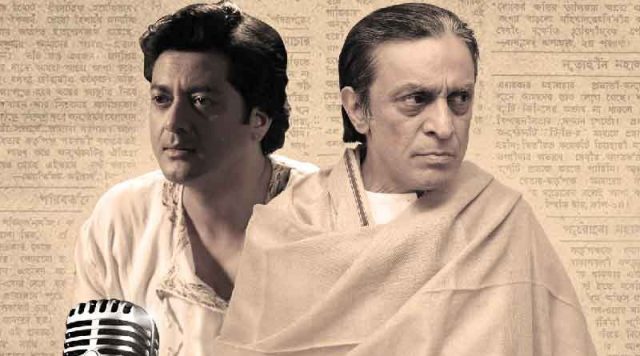 All said and done, in spite of the dramatic overtone and all other issues, Mahalaya still becomes an important film of our times. It reintroduces a very important chapter of Bengal’s cultural history to today’s youth, who possibly still swoon to the charisma of a certain Arindam Mukherjee from Satyajit Ray’s legendary Nayak, and who still tune in to the YouTube Mahalaya recording every year on a given day, but hardly know the details of the historical connect between them. It also succeeds tremendously to bring back the elderly to the theatres after long in search of the times lived in by them, and get drenched in that nostalgia. Mahalaya brings it all alive across generations, in a crystal clear, spirited, emotional and yet courageous voice – just like that of the maestro who will be associated with it for eternity, with an era chanting fearlessly in awakening – Jaago tumi jaago!