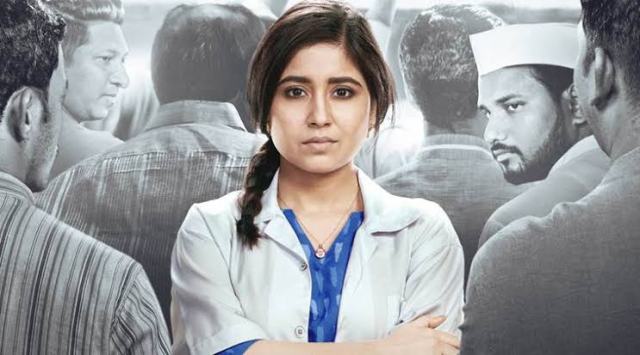 Laakhon Mein Ek Season 2, as created by Biswa Kalyan Rath, and directed by Abhishek Sengupta, is a grounded tale of suburban and rural India that exposes the deep rooted corruption and process inefficiencies of our medical institutions. At another level, it is also the coming of age story of a brave, young doctor, who is punished with a rural posting in a hostile village, and how she practically turns things around towards good without differentiating between duty and responsibility unlike what her seniors preach her to practice.

It is an interesting title of the series, that wants to highlight how unique Dr. Shreya Pathare (raising her voice against anything unjust) stands in a system that is morally decaying across the fabric of the most noble profession we know. And at the same time, it also laments how that voice of change is lost in the cacophony of a million mundane noises who just don’t know any other way to survive other than being a part of corrupted ecosystem. Its a messy supply chain of power right from the politicians to the pharma suppliers to doctors in cities to doctors in villages to the patients; the ones at the bottom of supply chain being at complete mercy of everyone above them who want to take zero accountability when things go wrong.

The series works well because of its impactful and realistic writing without going too preachy, and how the makers interestingly weave the parallel narratives of a woman struggling to bring in a change around and within her, together with the running subtext of large scale medical hooliganism prevelant across the board. The writers need to be applauded as they don’t forcefully inject a lot of flowery language or unnecessary violence in the show to make it gritty as is the trend of web shows these days. It is also a case of excellent casting, and all the actors become the characters they are playing without any air or trying too hard to mould in. Shweta Tripathi totally aces Dr. Shreya, and we feel her pain, frustration, monotony, passion and uprightness as she goes through her transformational journey across the eight episodes. She is brilliant in her tentativeness as she is in her assertion, and completely dissolves herself in an environment that breathes authenticity in every frame. Her’s should remain one of the top performances in the web series world when the best of lists are drawn at the end of the year.

Do watch Laakhon mein ek Season 2 for her, and for everything else that the show stands for. It makes the mundane unique with its voice of change, and doesn’t deserve to be lost in the pool of million other web shows crowding the digital space today.

Laakhon Mein Ek Season 2 is now playing on Amazon Prime Video, and has eight episodes, each of about 30 minutes or less.