Anubhav Sinha’s Article 15 is ready for release on June 28th, and if the promos are anything to go with, it is going to be a hard hitting commentary on the darkest impact of caste based politics on basic human agency and living rights of the common Indian. In today’s date of extreme chaos and cacophony, where almost every other ism is exploited by a select few to evoke mass hysteria and dangerous results, Article 15 may be the film that India needs desperately, and what the Indian youth should watch in masses and retrospect about. Hoping for it to be a well made film just like Mulk was, one that hits it where it hurts and raises the right questions. As we prepare for this experience, here is looking back at a few other Hindi films that made a statement by raising the caste issues unabashedly in a format and tone relevant to their times and left long lasting impressions.

It is true though that mainstream hindi cinema has more often avoided to deal with the uncomfortable topic of caste system in its face, and it always fell as a responsibility on the world of parallel cinema to expose its ugly realities in harshest colours, although the first hindi film to highlight the pitfalls of caste system was made as early as 1936 with Achhut Kanya. Relatively regional cinema has had a good mix of both parallel and commercial films to raise its voice against the caste atrocities, and the critical / commercial acclaim of films like Sairat, Pariyerum Perumal, Fandry, Bhavni Bhavai, Antarjali Jatra, Court have made some of these films milestones for their respective industries, and there are many more.

Here’s looking at some hindi films that shine bright in that regard – being the bold fearless voices against the oppressions of caste system in various shapes and forms. 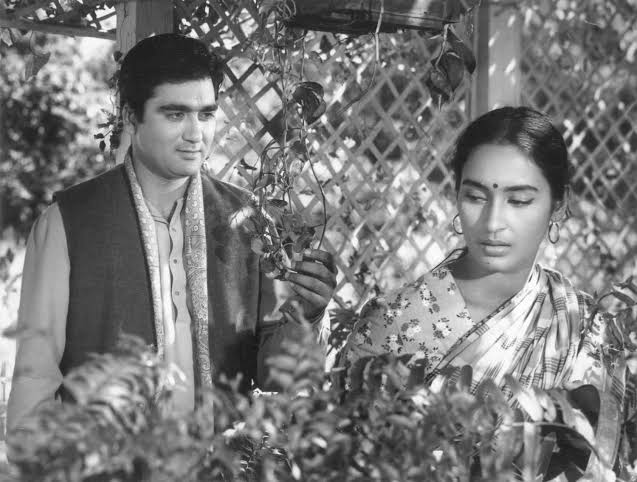 Sujata was the story of an untouchable orphan girl brought up in a Brahmin household, who falls in love with an educated Brahmin man supposed to marry her guardians’ highborn daughter. The caste dynamics makes this relationship highly objectionable to the society, and the film beautifully projects the pain of its protagonist and how she is able to get over the obstacles with the help of a loving and matured partner. Well within the contours of mainstream cinema, Sujata makes its mark by the terrific performance of Nutan, ably supported by Sunil Dutt and Shashikala, and aided with some brilliant music by SD Burman. To date, Sujata is considered a special Bimal Roy classic.

The first film directed by Shyam Benegal, that marked the debut of Shabana Azmi and Anant Nag has to be a huge landmark film, especially with the real minimalistic language it brought into hindi cinema as one of the pioneers of the parallel cinema movement. Ankur is based on a real life incident of a poor dalit couple and the exploitation they face in the hands of their landlord to make their life a living hell. The film primarily dives deep into the character sketches of the landlord and the young dalit wife, and both Azmi and Nag deliver outstanding performances. Such was the impact of the film that years later we see Nagraj Manjule’s Fandry taking inspiration of its final shot from the highly symbolic and impactful final shot of Ankur. 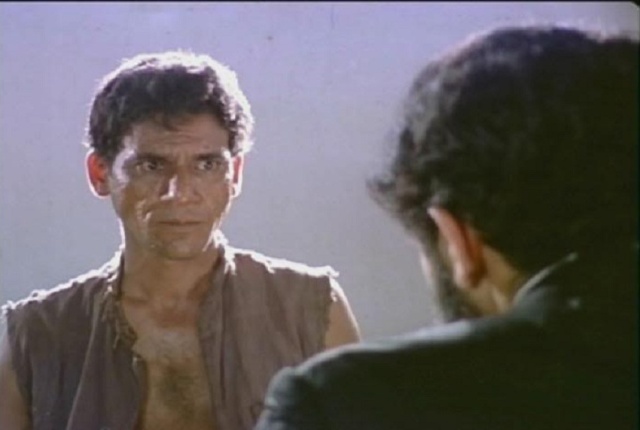 Yet another debut directorial, this time from another stalwart of the parallel cinema Govind Nihalani, Aakrosh bases itself on a real life incident where an underprivileged man from a low caste is allegedly convicted for killing his own wife who has been brutally raped and murdered. The man is so broken by the atrocities and oppression of his basic human self that he doesn’t want to speak a word in his defense to his lawyer, and decides to channelize all his internal rage in a heart-wrenching breakdown moment and his final redemption. It is a masterclass of performance by Om Puri, and Naseeruddin Shah matches up to him note by note showing up his own class. Aakrosh is cinema that shakes you to the core!

Satyajit Ray did not make too many hindi films, but when he directed a short film for Doordarshan, he created a masterpiece called Sadgati. Based on a story by Munshi Premchand, Sadgati is the story about an untouchable couple Dukhi and Jhuriya, and what happens when Dukhi meets his untimely death at the premises of the Brahmin priest of the village who subjects him to inhuman free labour as a fee for his priestly services. With brilliant performances from Om Puri, Smita Patil and above all Mohan Agashe, the film is a terrific portrayal of how the hollow practices of untouchability eventually have to give way to the harsh realities of life and death. 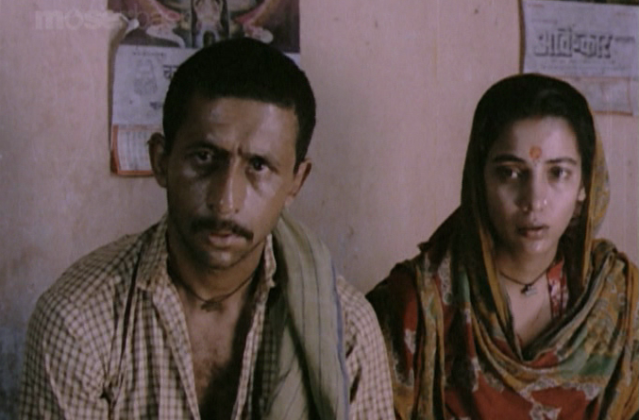 In Gautam Ghose‘s Paar, a low-born couple brilliantly played by Naseeruddin Shah and Shabana Azmi are on the run after having murdered the brother of a village landlord in a retaliatory fued. The only way they can earn passage money for their journey is by agreeing to cross a big herd of pigs across the river (courtesy their caste) by swimming along with them in a flood like situation, in spite of the wife being heavily pregnant. What happens then is heartbreaking, but the film shines in its sensitive and hard hitting messaging about the futility of existence and the treacherous cycle of life and death.

The themes of caste based oppression have often featured in several Prakash Jha films, be it Damul or Arakshan many decades later. Damul focuses on the caste politics and extortion of the lower castes where the marginalized people are exploited for life until death through bonded labor. Annu Kapoor, Dipti Naval, Sreela Mazumdar, Manohar Singh add their performance heft to the film to make it a vivid commentary of moving human conditions.

The only light hearted film in this list, Basu Chatterjee‘s Chameli ki Shaadi is a refreshing satire on India’s caste system and what happens when two young individuals from different castes with minds of their own fall in love. Made in a typical Basu Chatterjee style of being a wholesome clean entertainer, the film today has its cult followership because of its theme, treatment and memorable performances from Anil Kapoor, Amjad Khan and especially Amrita Singh. She stands out as the outspoken young woman unabashedly aware of her feminine desires, and adds additional layers to the film’s caste based subtext. 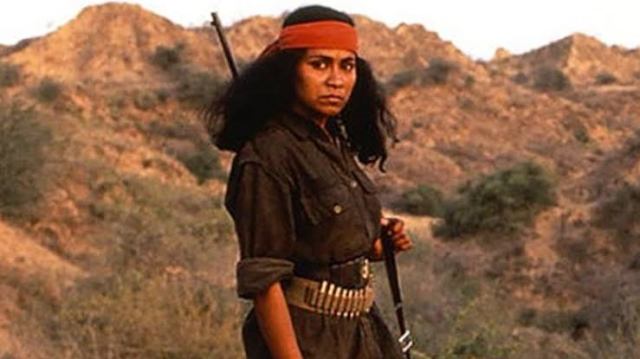 This Phoolan Devi biopic directed by Sekhar Kapur is a very special film. Bandit Queen is a gut wrenching portrayal of the inhuman sexual brutality and assault that Phoolan repeatedly goes through over extended periods of her life because of her low birth. It then traces her journey to become the celebrated bandit after what life leaves her with. Seema Biswas gives the performance of her lifetime completely internalizing Phoolan, while Sekhar Kapur gives her a brilliant no-bar canvas to fly and raise her act to touch the skies. It was one of the early on your face, highly uncomfortable but deeply moving portrayals of sexual atrocities on Indian screen in its most brutal forms.

Agreed that at large, Swades deals with a journey of a man who returns to his country after being deeply impacted by the grassroot issues of a village, but the class and caste divide (together with the regressive practices that they bring in) forms a major part of the narrative. Ashutosh Gowariker beautifully weaves in how smart but subtle efforts of educated and focused individuals can be the big positive steps towards weeding out the ill effects of the caste system for the entire community, and makes little children as the change agents in the process. It is a terrific film with an absolutely heart warming performance by Shahrukh Khan, and with Swades, Gowariker steered forward his journey further to address caste politics in a mainstream film after he had briefly touched it in Lagaan. 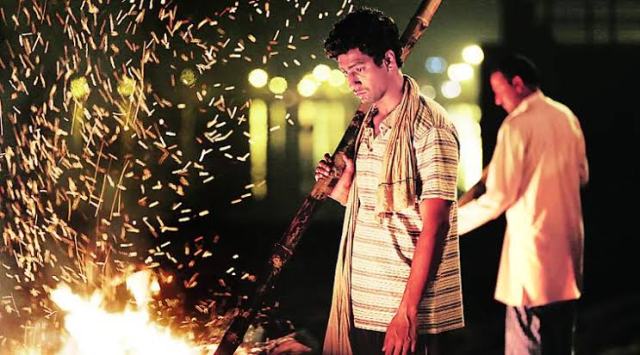 One of the finest hindi films of this decade, Masaan is the story that addresses a multitude of social stigmas head on. Of the two main story threads running in parallel, the one starring the terrific Vicky Kaushal and Shweta Tripathi dealt with the unlikely romance between two individuals from two very different stratas of society courtesy their caste, with the leading man belonging to a community considered at the lowest end of the social structure. Neeraj Ghaywan beautifully dramatizes the internal struggles of the young man fighting his own demons of who he is, and eventually makes a strong statement on how death is a great leveler for all bruised and broken souls, way more treacherous than any notions of caste divide or moral judgement of characters.

Apart from the above, a few other films like Diksha (1991), Tarpan (1995), Arakshan (2011), Chauranga (2016) have also tried to bring in the narrative of caste based atrocities to center stage, earlier this year Sonchiriya briefly touched upon it, and it is good to see that it is gradually getting the attention from the world of hindi cinema to be messaged out in all seriousness. Article 15 seems like one strong and bold step further towards the direction, and it is great to see that some of the most horrendous real life incidents are finding a cinematic voice under the banners of a leading mainstream actor and filmmaker. Here’s hoping that it becomes another major milestone film of the genre, and makes the audience sit up, internalize and then channelize their efforts towards much needed on ground changes. More power to such cinema!