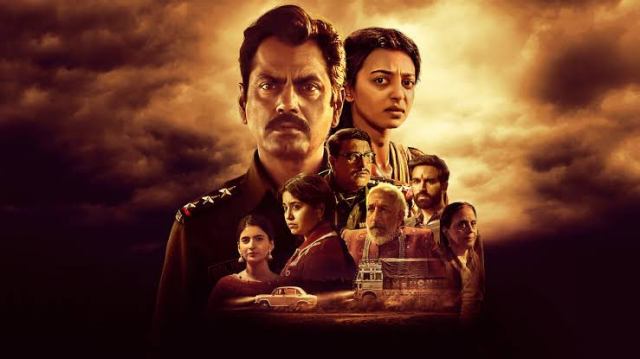 In Honey Trehan‘s debut feature film Raat Akeli Hai, a dysfunctional family, with a rich socio-political backing, is facing the mysterious murder of its patriarch on his wedding night. But that is not the only mystery that inspector Jatil Yadav, in charge of solving this case, is dealing with. There are at least five other deaths that we encounter as a part of the unfolding narrative over two timelines, that have their own flavors of murder, revenge or redemption; and there are more lives on the line who have been used, abused and exploited in their own ways.

Dark family secrets buried for eternity start toppling, and monstrous faces of lust, deceit, greed, and self centered shamelessness emerge, breaking past the superficial thin wrapper of a family’s fake pride. These are obnoxious dirty trenches of power grabbing, where moral ethics or standing up for the right has been strangulated under years of systemic patriarchy. So much so that it takes time even for the investigator to dive inward and put away his standard shades of character assessment to explore beyond the norms through which society looks at black and white, dark and bright. The entire journey of the convoluted case then is an inward coming of age saga of a jatil mind as well, who finally opens up to the wider perspective of stopping to judge himself in the mirror every morning through the flimsy layers of a fairness cream, and figure out where his inward calling actually resides.

It is easy to see ways in which a Knives Out would have inspired Honey Trehan and writer Smita Singh to weave a whodunit saga in a complex family where everyone is a suspect and has a strong motive for murder. But it is commendable how he completely adapts the framework to a very localized and rooted storytelling, and only slides in subtle minor reference odes to the inspiration through props like a backside staircase, a silent observing grandma, a couch of interrogation and so on. The other thematic similarity (but with a very different treatment) is also observed in how the urge of knowing the who very quickly gives way to the why and the how, making the overall experience lot more fulfilling as an enriching study of human psychology and their motivational arcs to do what they do. 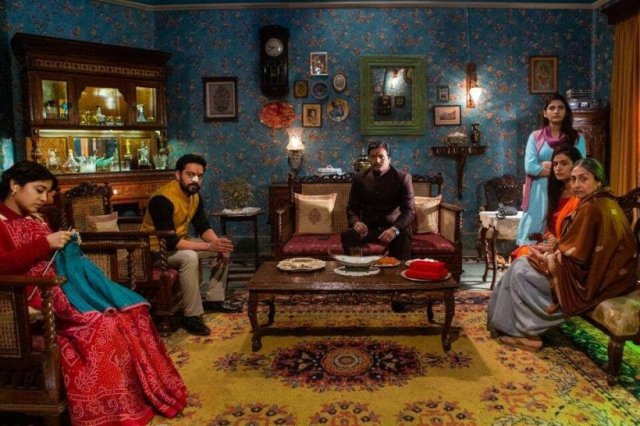 That Trehan is able to line up a great ensemble, that is mostly in form by and large, massively helps him to bring his vision to life. Nawazuddin Siddiqui is in great form, and after a very long time gives a layered performance, free from his usual tropes that have started to get so repetitive in his typed gangster performances. Keeping the dialogues of the entire film very sanitized is a masterstroke that further helps Nawaz to completely internalize the complexities of Jatil and his turbulence, without resorting to the crutches of a flowery language. But for a film, whose core brilliance lies in how it subtly weaves in a strong narrative of feminism & strength to avenge deep rooted patriarchy and exploitation of the weaker sex, it is but natural that the best performances of the film come from some of the women, whatever be the lengths of their role. Radhika Apte certainly takes the top honors and is scintillating as the ‘other‘ woman who everyone loves to hate in the family. She knows where she belongs, and she regrets the lacuna within her own strength that has made her suffer for so long. She is pitch perfect as the butchered soul who is traumatized way deeper than what everyone sees on the surface. Expectedly Shweta Tripathi makes a strong mark with her short but weighted grace, while Riya Shukla playing the house help is a scene stealer in her own right. In fact, Ila Arun is pretty impressive as the mother of Jatil Yadav in her limited presence. In comparison, almost all the men other than Nawaz fizzle out, and that does emerge as one of the weaker links of the narrative.

As does the overall length of the film. At two and a half hours, the film is easily twenty minutes too long and somewhere starts to loose its grip in the middle. Personally, the inclusion of an overall romantic motivation for an upright inspector to get to the bottom of the case and fiercely protect the abused appeared forced and distracting for me, and somewhere diluted the impact of a tightly knit drama focused on the search of truth. The songs also didn’t add anything to the script or the character journeys, other than unnecessary minutes to the film. But these aren’t big enough distractors, and overall the film still remains a well conceived, a well shot and a well told tale of darkness, solitude and helplessness of lonely individuals living in dazzling mansions, but daily compromising with their past, ethics and values. And hence the name of the film – a metaphor for everything that is dark, disturbing, and scary in its solitary suffering.

Raat Akeli Hai is now playing on Netflix and has been released Direct to Digital. Give it your time.

If you like this content, please share the link for further reading.
Copyright ©2020 Jayashree Chakravarti. This article cannot be reproduced in its entirety without permission. A link to this URL can be used instead.